For many pool owners and prospective pools owners, there’s one big debate running through their minds right now: saltwater vs chlorine pools. In the past, pools usually had chlorinated water in them. However, today, there’s stiff competition between saltwater systems and the old chlorine treatment. If you’re curious about the differences between the two, here’s a brief primer. 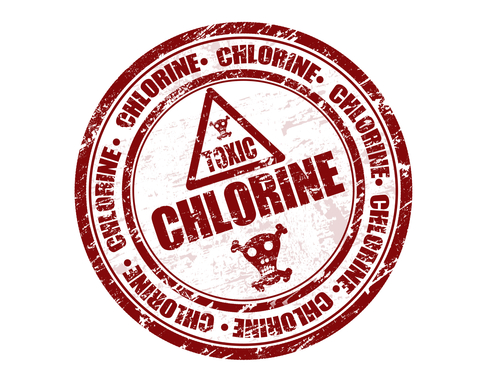 The first time the idea of putting chlorine in pools came up, was back in 1894. A proposal was made to introduce highly toxic chlorine gas into water so that it would kill the germs found in it. This was first done for potable water. Chlorination itself became publicly available in the 1900s.

Around that time, bleaching powder, a mixture made by reacting chlorine gas with lime, was introduced. This was then used to first clean potable water supplies. Swimming pools themselves were a later beneficiary.

Take note though that swimming pools were a new thing in Europe and the United States at the turn of the century; the first modern swimming pools only came into being around the turn of the century, a product of better sanitation and waterworks. People were already well aware of the need for clean water for their pools, so they turned to filtering and normal cleaning; however, that was a time-consuming process.

This is where chlorination comes in. The first recorded entry for a chlorinated swimming pool was in 1910 at Brown University. The 70,000-gallon Colgate Hoyt Pool received chlorine treatment thanks to the efforts of a graduate student. It stayed sterile for four days thanks to the treatment.

Since then, chlorination spread like wildfire. By the mid-century, there was no swimming pool that did not get treated with chlorine. 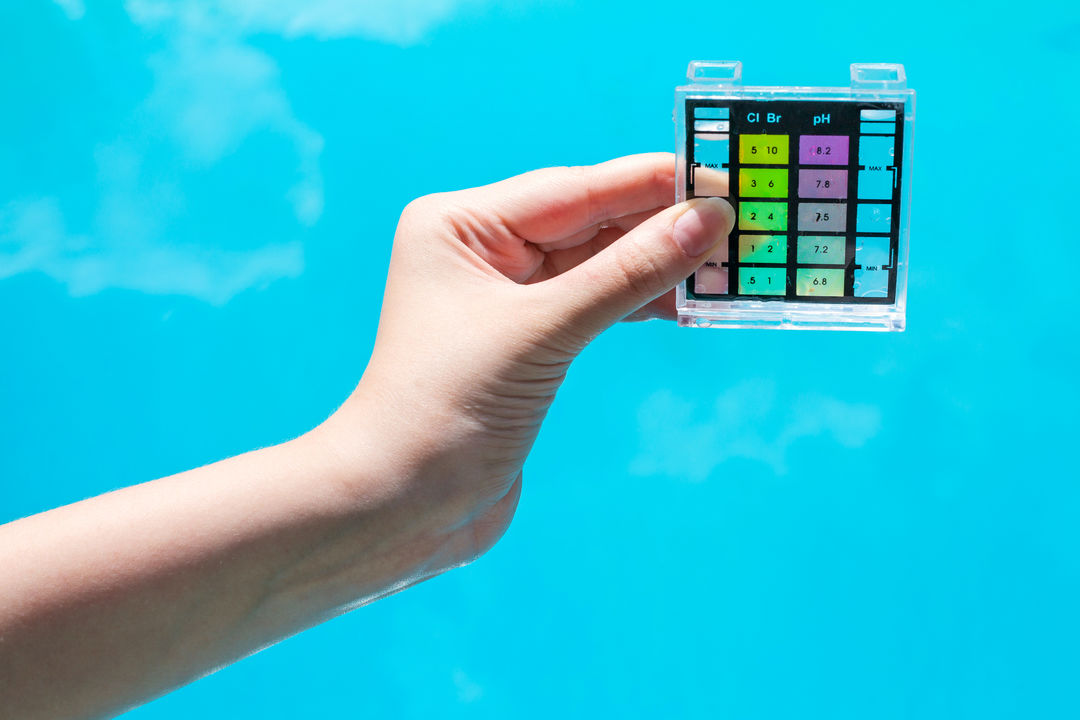 Nowadays, the chlorination process involves two-steps: a chlorine slow-release in the pool that keeps chlorine levels stable, while there is also the “shock” chlorine treatment that has pool technicians dumping chlorine into the pool to stabilize its sterility.

Chlorination is so popular for pools because it is very thorough in sterilizing water. It not only kills bacteria, it also disinfects the water and reacts to ammonia and other organic substances that make your pool dirty. For example, algae spores die quickly thanks to the presence of chlorine, ensuring that your pool won’t end up being home to the green menace.

One of the main reasons people may turn to saltwater rather than chlorine pools is due to the hazardous properties of chlorine. Chlorine is hazardous to handle and store and can irritate the eyes and skin. If you've ever swam underwater in a public swimming pool without goggles then you have likely experienced this irritation. By comparison, saltwater pools are much gentler on the eyes. We compare saltwater vs chlorine pools pros and cons further below. But first lets get an overview of saltwater pools. 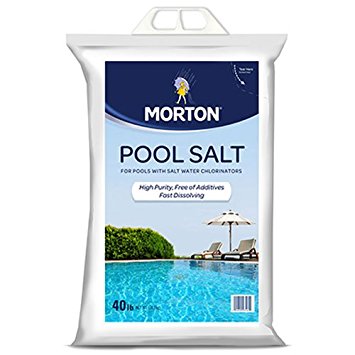 Surprisingly enough, the biggest challenger to chlorination stems from chlorination itself. Saltwater chlorination was first developed in the 1970s, but exploded onto the world scene in the 1980s.

The idea behind it is pretty simple; since salt is sodium chloride, all you need to do is get the chlorine from the salt and combine it with other elements so that the chlorination comes naturally instead of a direct addition. The process to free the chlorine is done via electrolysis.

How a Saltwater Pool Works

A saltwater pool gets cleaned using a filtering system called a salt chlorine generator. Inside the salt chlorine generator are two titanium plates coated with ruthenium. A low-level electrical charge is passed through them and a chemical reaction happens. Chlorine is produced and is naturally part of the water. The treated water is then recirculated back into the pool.

The generator maintains the chlorine levels for you, which means less time to monitor, test and balance levels compared to a chlorine system. However it's still important to regularly test a saltwater pool to make sure the automatic system is working correctly. The following weekly and monthly tests are recommended: 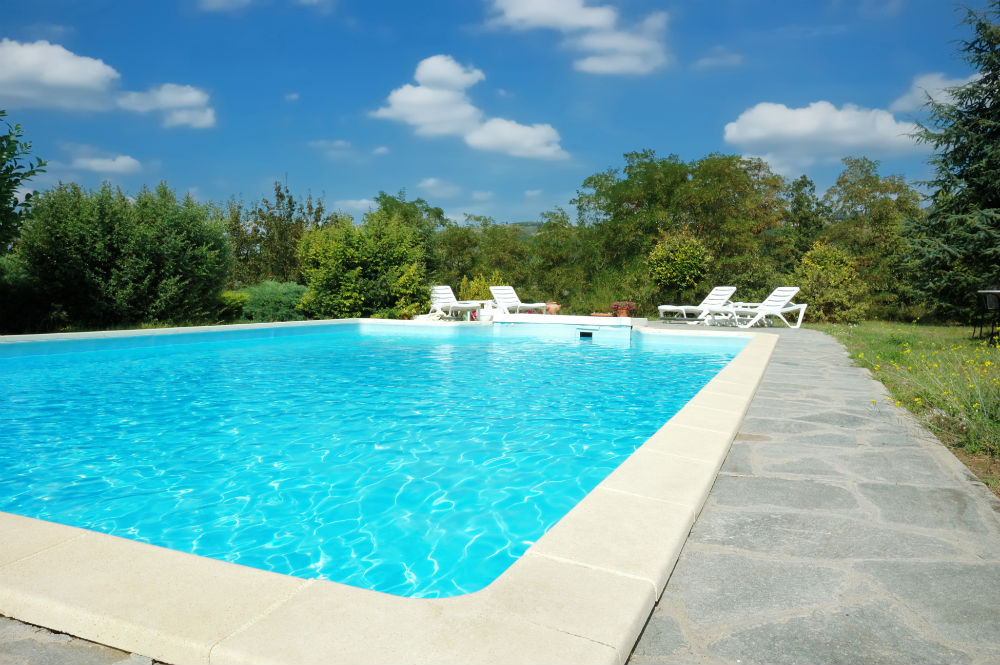 There are several advantages and disadvantages on both sides of the equation.

The Argument for Saltwater Pools

The main trouble with chlorine is that it can be a struggle to maintain levels properly. Chlorine tablets can last for days, but they can vary. You might mistakenly dump too many into the pool and over-chlorinate it; you can also under-chlorinate. You will need to add chemicals manually on a weekly basis and the costs of the chemicals can add up. You will also need to shock a chlorine pool much more frequently than a saltwater pool. If you're not careful with maintaining a chlorine pool you can end up with a green pool that is hard to recover from.

Maintenance of a saltwater pool is simpler than a chlorine pool and is just a matter of cleaning the chlorinator. This is usually done every few months as the minerals build up on its titanium plates. You will also need to add salt to the system, which is low cost and easy to do. It's still recommended to conduct regular testing to make sure your equipment is in working order. 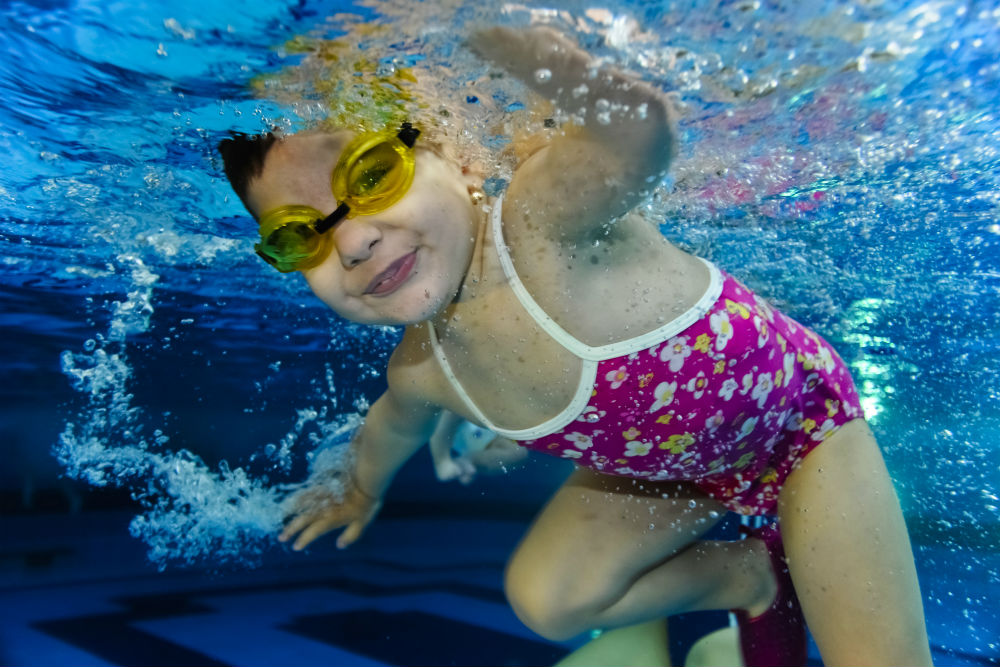 In addition, chlorine can be pretty harsh. As mentioned, if you’ve ever jumped into the pool and felt the sting in your eyes, then you understand what this means. Constant exposure can also be bad for your skin. Ever noticed how dry your skin was after a dip in the pool? This is why it is recommended to shower after you go swimming. Studies suggest that there may be negative long term health impacts from regular use of heavily chlorinated pools, although the evidence is not conclusive.

Saltwater pools have their own advantages; the main one being that it is a lot milder. Though it may sound like the pool is like the ocean in salinity, it’s actually 1/10 of the usual saltiness. The result is that you can have the experience of swimming in clean and fresh water; it is a lot safer on your eyes and skin.

The Argument for Chlorine Pools

Besides that, it can be complicated and difficult to fix if something goes wrong with a saltwater pool. Unless you are technically minded, you will need the to hire a pool technician to help you if you experience issues with the salt chlorine generator system.

The presence of salt is also a big problem. Saltwater is very corrosive and you can expect your pipes and the various surroundings of the pool to take a beating. You must therefore make sure that all of your swimming pool materials, fixtures and fittings are salt-resistant.

If you are looking to change an existing pool from a chlorine to saltwater, you might need to convert it to withstand the effects of salt or install a zinc anode to control corrosion. The cost of this can be significant and is therefore a key consideration in deciding on a saltwater vs chlorine pool. For instance, a complete resurfacing of the pool may be necessary, which has an average cost of $5,000 and other pool remodels can cost between $5,000 and $12,000.

Chlorine is the traditional choice and a lot of people are familiar with it. It’s also pretty easy to deploy; just buy some chlorine tablets and dump them into the pool on a regular basis. However, there are chemical controllers that you can install to add and balance the chlorine for you. This will add cost but save you the work of adding the chemicals manually.

Summary - Saltwater vs Chlorine Pools - Which is Best for You?

Still, as the pool owner, you’ll be the one making a choice between the two. Weigh the pros and cons and make an informed choice that you’ll be happy with.